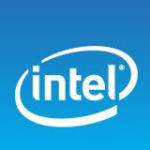 Intel IT company profile: Complete details and official website details are gathered and a collection of information is given below about processors manufacturing giant INTEL. Placement interview pattern & sample papers also available in our students3k.

Intel (Integrated Electronics) is an American Multinational Company established in the year 1968 by             Gordon Moore and Robert Noyce. Intel’s first product was Schottky TTL bipolar 64-bit static random-access memory (SRAM) in the year 1969. They are the world leaders in silicon innovation, develop technologies and products. Intel released its first microprocessor in the year 1971.

[Do you know the software companies in Bangalore & their details?]

Delight our customers, employees, and shareholders by relentlessly delivering the platform and technology advancements that become essential to the way we work and live.

–          Started an industry consortium of semiconductors.

[ Do you know What is the procedure one must go through for Studying Abroad? ]

[Useful: How to approach a bank for education loan?]