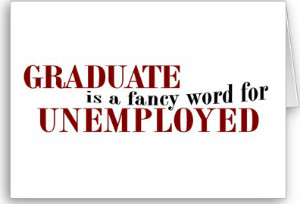 Unemployment or joblessness is an indicator of economy where individuals who are willing to work remain un-hired.  The shock of unemployment becomes pathology in its own right.  This article mainly focuses on the problem of unemployment among engineering graduates.  It also provides a brief description where our education system lacks and what the employers are looking for.

Secondly, the parent pressure plays a vital role.  Most of the parents want their children to become a doctor, engineer so they put in a lot of pressure among their kids.  They force them to do something which is not they are actually capable off or something in which they are not interested in.

Third reason is the lack of entrance examinations.  Many students join the engineering college without facing any entrance examination.  This is one of the major reasons where students who join like this may lack in basics.  Like some students may not be very good in mathematics, physics, English etc which lay the foundation to become a good engineer.

Next is the employer’s point of view.  Some of the skills in which employer’s looking for but always not found with the engineering graduates are leadership qualities, team working, business awareness, communication, interpersonal skills, performance, planning, organizing etc. Many engineering graduates do not have a sound technical knowledge.  Other than the stuffs which they are thought in the college they should hone their technical skills through extended reading from other sources.

These are some of the reasons for unemployment among engineering graduates. If these career guidance article is impressed you, just share in facebook.