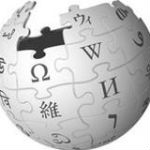 Wikipedia – Online Company Profile: Complete details and official website details are gathered and a collection of information is given below about free encyclopedia.

Wikipedia was launched in 15 January 2001 by Jimmy Wales and Larry Sanger. It is a free Web-based encyclopedia that anyone can edit, which comes with multiple languages. It never uses advertisement and it is called as public park where people can gain knowledge.

Software companies placement papers also available in our interview guide portal. Do you know the other Bangalore IT firms & their addresses?

Reason behind the name Wikipedia:

–  Started Nupedia project, a web based encyclopaedia in English language.

–  Wikipedia was started as a side-project of Nupedia which support multiple languages.