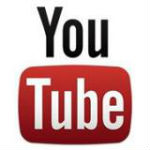 Youtube is a subsidiary of Google established on February 14, 2005 by Steve Chen, Chad Hurley and Jawed Karim. Youtube helps people to create discover, watch and share the originally created videos.

Do you know the other Bangalore IT firms & their addresses?

YouTube’s mission is to provide fast and easy video access and the ability to share videos frequently.

–          Partnership with CNN to host the presidential debate.

–          People across the globe watched the live stream of Olympics on July.