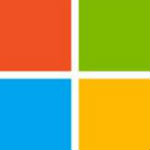 Microsoft Corporation IT company profile: Complete details and official website details are gathered and a collection of information is given below. Placement papers download.

Microsoft Corporation is an American Multinational corporation started in the year April 4 1975, at Albuquerque Washington. The founders of Microsoft are Bill Gates and Paul Allen. Initially Microsoft was established to develop BASIC interpreters for Altair 8800. Then Microsoft dominated the PC world with MS-DOS and windows line of operating system. The name Microsoft was framed by Allen who was derived from Microcomputers and software.

[Do you know software companies in Bangalore & details?]

Microsoft mission and values are to help people and businesses throughout the world to realize their full potential. Their mission statement is a promise to our customers. They deliver on that promise by striving to create technology that is accessible to everyone—of all ages and abilities. Microsoft leads the industry in accessibility innovation and in building products that are safer and easier to use.

Vision of the company:

To create innovative technology that is accessible to everyone and that adapts to each person’s needs. Accessible technology eliminates barriers for people with disabilities and it enables individuals to take full advantage of their capabilities.

Tagline of the company:

–      Released the graphical extension of MS-DOS.

[Read: Pros and Cons of Using Cellphones in College/School]

[Read: Why engineering graduates are unemployed in India?]